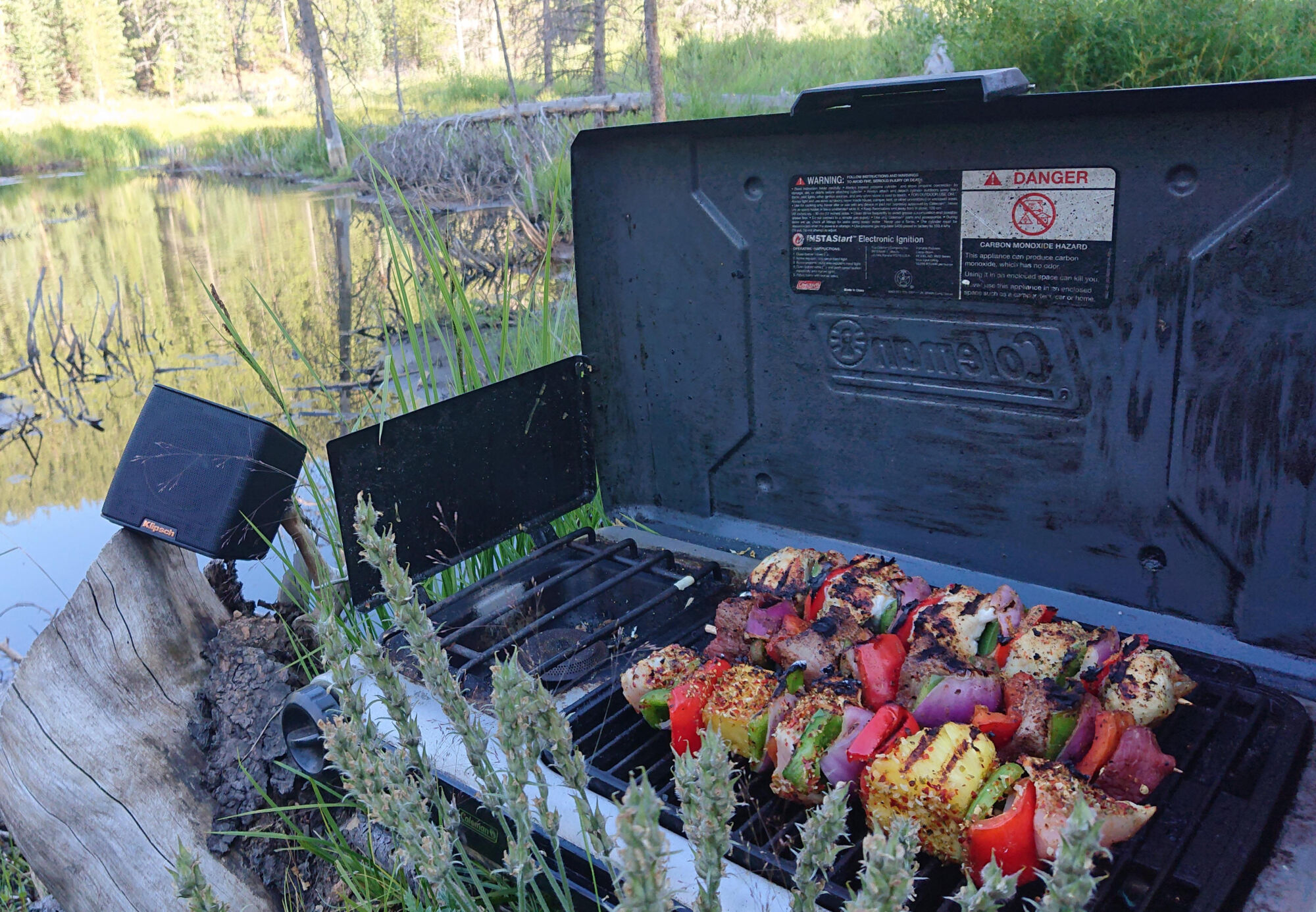 “Whether its grilling a whole pork loin over a carved-out snow bank in Vail Pass or having burgers in Yellowstone, The Groove is a versatile product that will fill your campsite with sound, while performing far beyond its size, with clear and impactful sound.” – Rhys Greaser

Rhys Greaser’s all-time favorite place for #cookingwithklipsch is streamside in the heart of the Rocky Mountains. Planning a day trip to the high country in Colorado means the Groove and portable kitchen accessories are necessities on the gear list.

Rhys’ lifelong dream of working with food eventually led him on the path to becoming an Executive Chef. As a child, his mother was an extraordinary baker and owner of The Slim Belly Deli and Bake Shop. It became such a dining hot spot that actress Daryl Hannah became a regular while prospecting real estate in the area.

“Music was always an influence in my life,” Rhys says, recalling his Nana’s old Panasonic portable radio playing Classical music in the kitchen at all hours. During his years as a line cook, his boombox was a necessity for playing hard rock/metal music. Presently, as Executive Chef of a restaurant that once forbid music in the kitchen, his morning team now has the opportunity to jam. “Music is so powerful that my team is transported to another place and they are more productive. I swear by it.”

Now, back to the Rockies, cooking, and music.

One of the best meals you can throw together for a mountain-outing is kababs - simple to cook and easy to eat using limited utensils. Plus, there are many ways to incorporate veggies, starches, and fruit for a delicious fireside meal.

Blanch the baby potatoes. Cube the protein proportionate to its thickness, i.e. 1” thick sirloin is cubed to 1” thick skewers. Cut onions, peppers, and pineapple, the same diameter as proteins.

By having peppers on either side of the protein, it’s moisture and flavor is protected. Alternate with choice of starch or fruit. I used pineapple with the pork skewers - my kids love pineapple. The pineapple carmelizes on the grill and it’s absolutely delicious. Uniformity is the name of the game.

“I use a gallon Ziploc baggie and make big batches. Basically, put that s**t on everything,” Greaser says.

“When I smoke meats in the backyard, I use the rub liberally. For fajitas, use more than you imagine needing. As a rub for chicken, PACK-IT-ON.

While mixing the chicken with your veggies (I prefer sweet yellow onion and poblano peppers), the sweat from the veggies pulls the rub off, and BAZINGA-You have fajitas with sauce…Burgers, steaks, you name it,” he says.