The Indianapolis Colts square off against the New England Patriots this Sunday in the AFC Championship with the winner earning the opportunity to play for the ultimate prize: the Super Bowl.

The road to being crowned champion of the world is filled with various obstacles – injuries, poor officiating, roster moves and, of course, the opponent.

The New England Patriots rampaged through the second part of the season to a 12-4 regular season weapon and are the pundits’ consensus to take home the Lombardi Trophy. Their record has given them the right to home-field advantage throughout the playoffs, providing them with a critical edge.

Home field is so important in sports like football because there is a great deal of communication that goes on during any game with coaches trying to talk to their quarterbacks who then have to relay the message to the 10 other players on the field.

The same goes on the other side of the ball, where defenders need to tell each other which spots to be in and what the offense is trying to do to them. If they fail, it’s going to be a long day ahead. In the playoffs, every play can be the difference between you going on vacation next week or to continue vying for the sport’s ultimate prize.

Klipsch brand ambassador Andrew Luck will have to deal with a hostile crowd in Foxboro that will do everything it can to prevent the former Stanford quarterback from reaching his first Super Bowl. All 60,000+ fans will scream, chant and shout all sorts of things when Luck tries to call out a plays to his teammates on top of the already impressive noise floor that is attached to any large-scale event.

Your browser does not support the audio element.

It’s a hard to mimic that sort of crowd noise. You can’t just round up the interns and have them yell simultaneously.

Prior to the 2013 season, the Colts came to Klipsch with the goal of creating a speaker environment that could mimic any of their opponents’ home fields. The team has both indoor and outdoor facilities to prepare for the environment of their upcoming game, which makes sense seeing as how the team will face off versus teams who play in dome and those who battle beneath the sun. 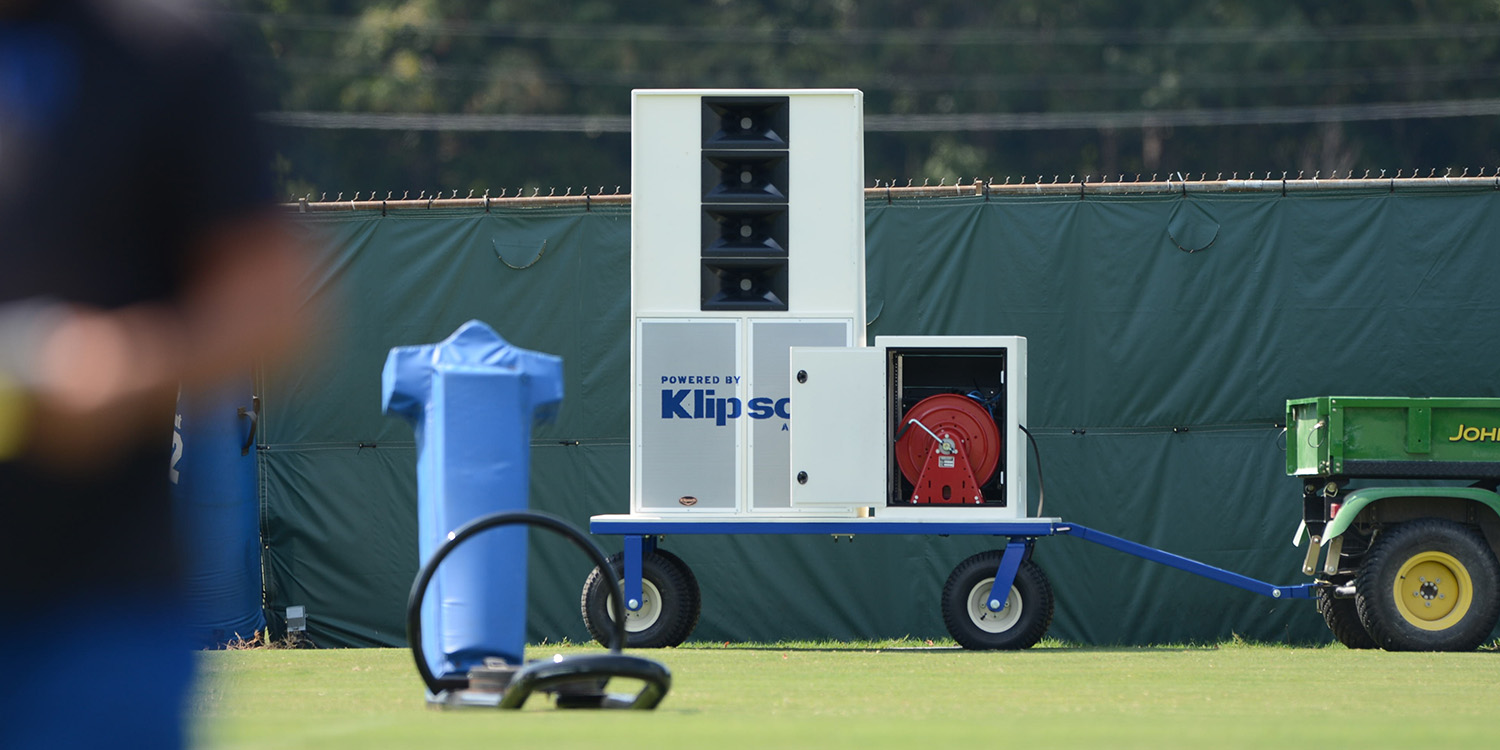 To deliver a similar sound experience and replicate crowd noise for the outdoor fields, Klipsch engineered three custom, portable systems that can be cart-mounted and positioned around the relevant field. These systems were first-of-their-kind and each feature an array of four professional audio Tractrix horns. Klipsch’s renowned Tractrix horn systems allow the Colts to create powerful and detailed sound in a sprawling outdoor space.

“Sound is a major component of our daily practice routines,” said Pete Ward, chief operating officer with the Indianapolis Colts. “Klipsch loudspeakers work really well for us because they are highly efficient and deliver a very clean sound even at the high-volume levels we require. We’re thankful to our proud sponsor for a new setup that delivers a sound experience like nothing we’ve ever had before. ”

Luck and his teammates can rest assured that they have received the best possible preparation for New England’s crowd.

Will the Colts win? We sure as heck don’t know, but it’s going to be fun to watch!