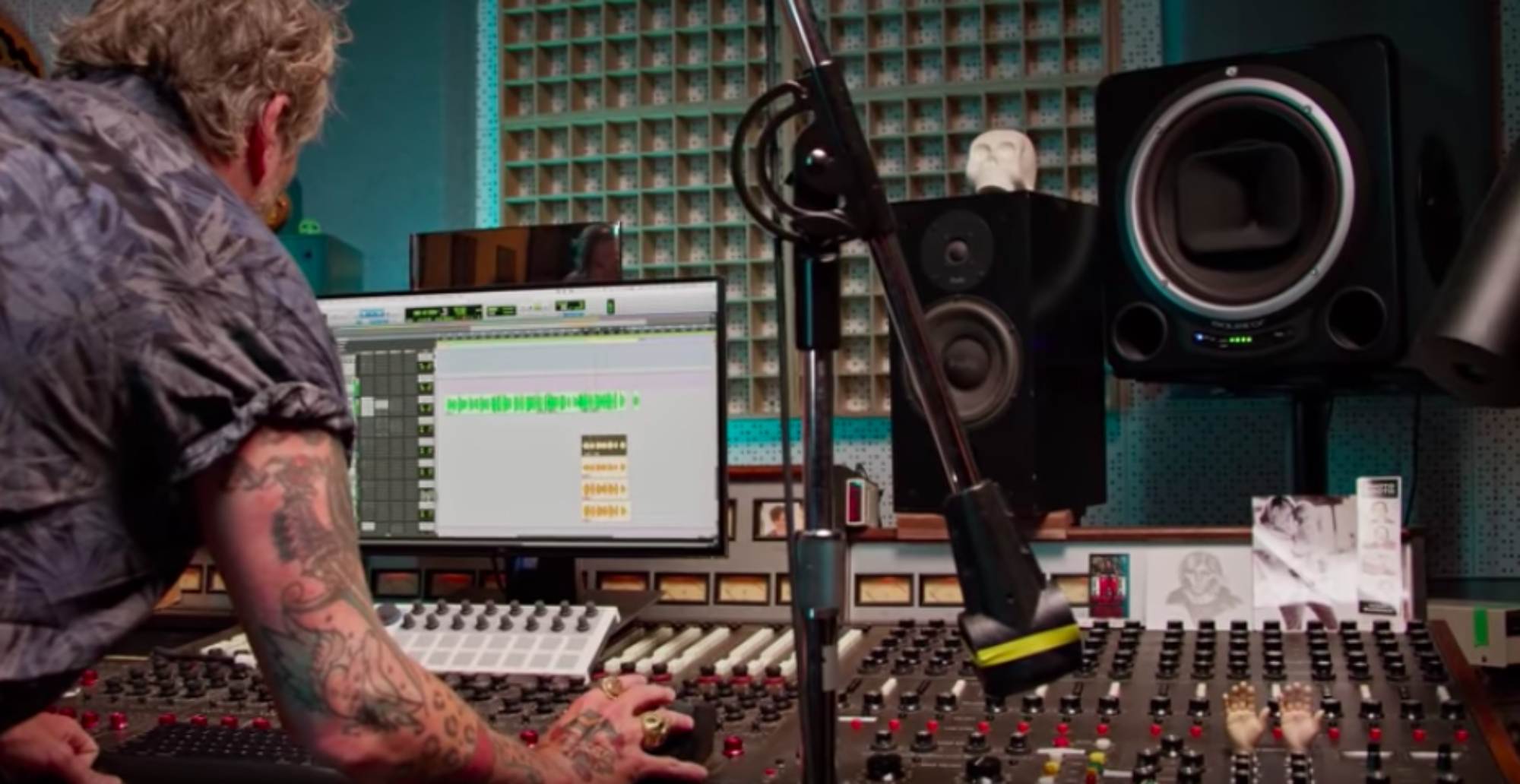 Q & A (Part II): Behind the Scenes with Butch Walker

What was something interesting you observed during the Keepers of the Sound video shoot?

Matt Sommers: Butch’s personal recording studio (Ruby Red) reminded me of my own home studio. As producers and musicians, we surround ourselves with the tools of the job, items to spark creative inspiration and exploration. Personal mementos collected over the years, industry memorabilia, strange musical instruments, artist biographies, stacks of cassettes and albums, old 4-tracks and obsolete technology live side by side with state of the art recording gear. A wide variety of acoustic and electric instruments are easily within reach – everything you’d need, right at your fingertips, to realize any sound concept you could dream up. In the middle of it all was Butch Walker, master of his domain, easily switching back and forth between producer and performer. Playing all the instruments and singing all the vocals, we watched him track each part, and then layer them all in a dense, luscious soundscape as the mix was bent to his will in a focused search for sonic perfection.

Danny Klein: There’s a saying that goes, “Do what you love and you’ll never work a day in your life.” The heart of this concept is finding the thing you’re most passionate about — your true reason for being. Some people discover it at an early age and some, much later in life. Whether you choose to pursue it is the kicker. During Butch’s interview, we got into that moment in his childhood when he attended his first rock concert. He took a pause and reflected, “that concert changed my life.” I then looked around and truly took in the environment he had created in his studio and could see how it was the product of pure passion. It’s a reminder to always pursue your dreams. The world will be better for it.

How did the experience make you feel? Why?

Matt Sommers: We were blown away by Butch’s hospitality and graciousness. He allowed us to observe his creative process and inner sanctum, where many hit records were conceived. I was amazed by his professionalism and his ability to write, record, perform and produce music while being filmed and interviewed by a large crew of lighting directors, camera operators, makeup personnel and segment producers.

Jessica Agapetus: It felt awesome to be a small part of the experience. Butch was a genuine pleasure to be around; his charm and sincerity was delightful. After recording part of his vocals with Klipsch HP-3 headphones, I was so moved by his lyrics and the honesty of his performance, I walked out of the room in tears. Powerful stuff to witness.

Danny Klein: From Creative Director perspective, it can be challenging to balance the creative flow between clients and talent, and figuring out how to weave it all together. This was not the case with our Keepers of the Sound shoot. The whole experience felt like a symphony. Not only because Butch Walker is by far one of the most naturally talented artists/producers I’ve worked with in the studio (not to mention an incredibly cool person), but also because the clients at Klipsch, who were present at the shoot, were deeply passionate about music, music-making, and the experience of listening to it. It’s nice to have such an authentic group of creative visionaries on the same page. I think it really shows in the final product.

What type of interaction did you observe between Klipsch products and the production crew?

Matt Sommers: Butch had a curated playlist broadcasting from his Cornwall’s all day to set the mood and entertain the crew. He used HP-3 headphones during the recording process as his primary tracking and playback headphones. Drums, piano, guitar, bass and vocals were all performed and recorded while wearing Klipsch HP-3 headphones.

Jessica Agapetus: I spent a lot time taking pics around the space and chasing Hank (Butch’s dog) around with my cellphone. When it was time to record, the number of people present was very limited. It made for a sincere experience with the product.

Danny Klein: As an artist and producer, I have been a fan of Butch for a long time. I was most impressed with Butch’s level of integrity. He’s a man of true principal - even when his beliefs may not be popular with family, friends, fans, or hometown — he sticks to his guns. A great example of this can be heard on his upcoming record, which I’ll let people discover for themselves. His message is timely and profoundly important.

Most online content today is geared towards short attention spans because there's so much competition for mindshare between: texts, emails, notifications, and day-to-day life stuff. I believe the reason people tune out quickly is because this formula lacks authenticity and depth. For Keepers of the Sound, we truly wanted people to experience another world through their own eyes. In pre-production, we spent a lot of time capturing the visuals (the hands on the mixing board, the motorcycle, Hank the dog, etc.) to create the vibe of Butch’s environment. We also did this on the audio front, every foot step, flip of a switch, and subtle movement was captured. Doing so really allows the viewer to feel like they are there. I applaud Klipsch for including the eight-minute, Director’s cut, as part of the campaign so people can really feel like they’re a part of the whole experience. It’s a rare thing these days.

Fan Question for Butch Walker: Why did you choose Cornwall’s over the other Klipsch Heritage lineup?

Butch Walker: Although I’d be happy with any of the speakers, I not only love the sound and response of the Cornwall’s, but they’re the perfect aesthetic and shape for my studio. They just blend in.