While the Klipsch partnership with the Rock and Roll Hall of Fame extends far beyond the Induction Ceremony, the event is certainly one of our favorite moments of the year. It gives us (and fans across the world) the chance to honor legendary musicians who have delivered endless amounts of joy through their music.

Before we round up everything that happened this past week, we would like to once again congratulate Bert Berns, Cheap Trick, Chicago, Deep Purple, NWA and Steve Miller on their induction into the Rock and Roll Hall of Fame. To learn more about the inductees, please click here. 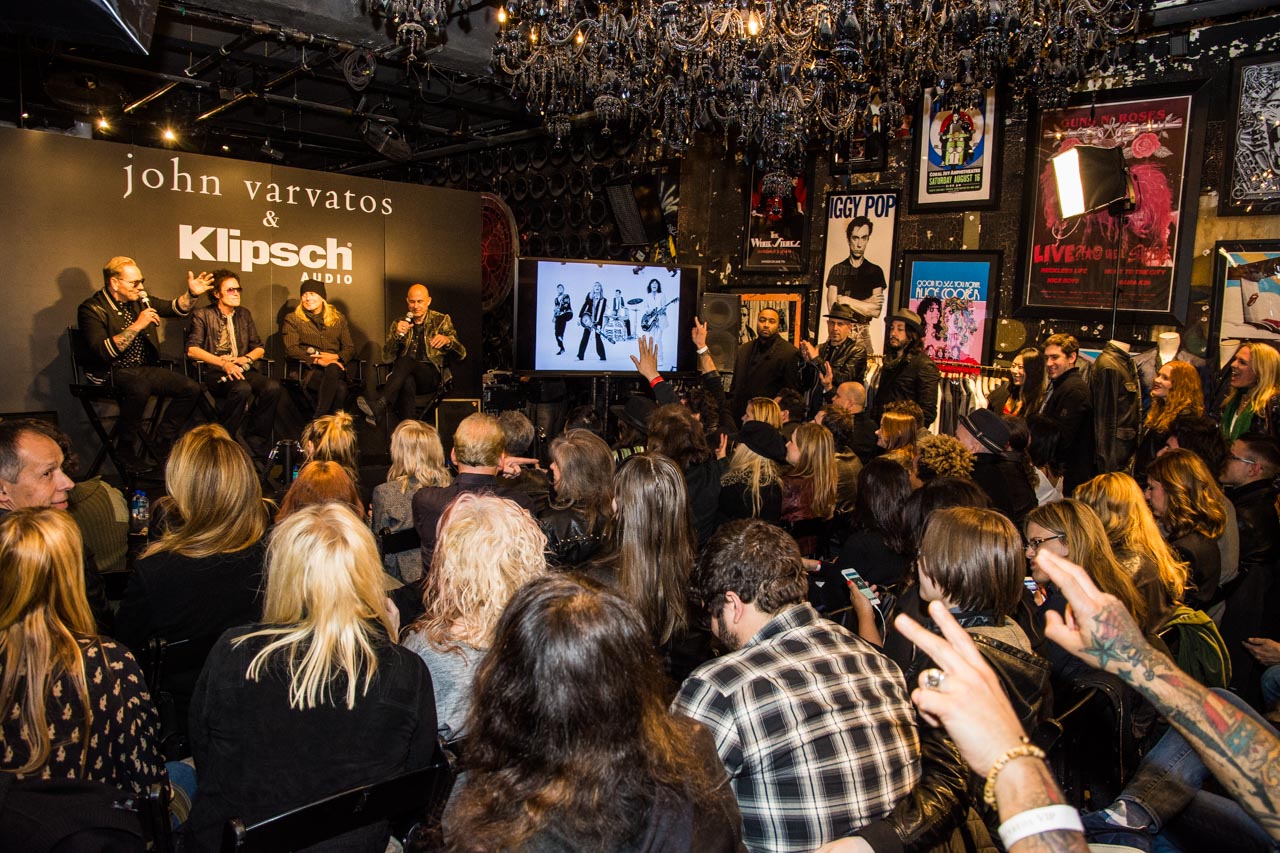 The week’s festivities kicked off with a collaborative listening event involving Klipsch, John Varvatos, Soundstage Direct and The Musician’s Ear. It took place at the John Varvatos retail location in NYC at 315 Bowery St, which you may recall, is the former site of legendary punk rock club CBGB. It’s practically impossible to count the number of legendary musicians who once played at this location, giving the event the ideal backdrop.

Together, we all pulled together for a night that exceeded all expectations. John Varvatos himself interviewed Hall of Famers Matt Sorum (Guns N’ Roses), Glenn Hughes (Deep Purple), Rob Zander (Cheap Trick) about being inducted in the Rock Hall, their music (past and present), the importance of quality sound and many other topics. Varvatos even managed to lure Chad Smith from the Red Hot Chili Peppers to come on stage for a few words. Having known all of these artists for years, Varvatos was completely at ease talking to the three legends of rock.

It legitimately became a conversation between friends. At one point, Hughes even shared a crazy story about a female police officer who allegedly handcuffed him for doing cocaine in public, undressed in front of him and sexually “prosecuted” him. (By the way, Hughes’ wife, who was laughing hysterically in the second row, chose the word “prosecuted”.)

It was that kind of night. Just a bunch of fun people sharing a laugh, some drinks and a bunch of memories.

Music and audio was played through Klipsch Heresy III speakers that were custom-designed for the John Varvatos flagship location in Detroit. 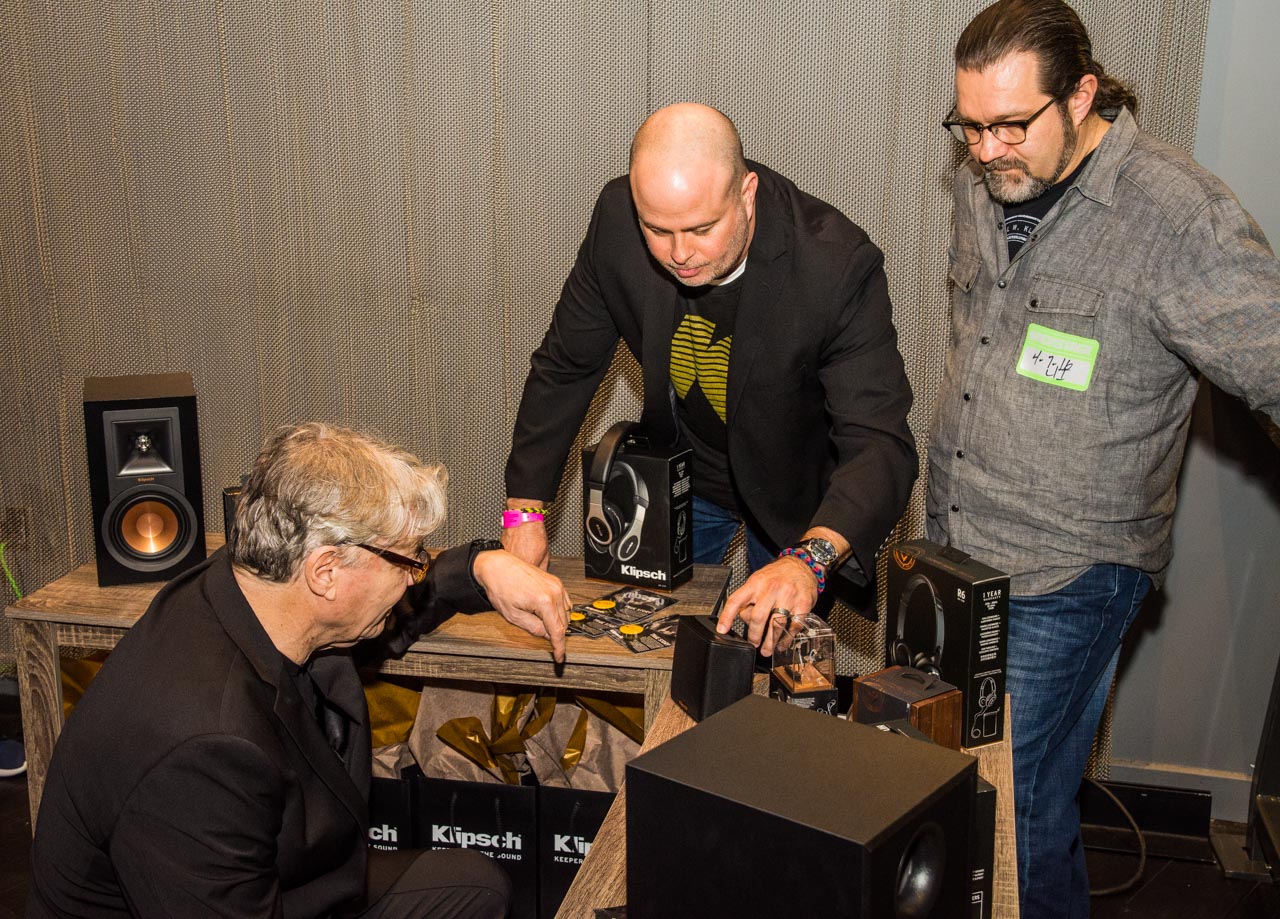 Rehearsals at the Barclays Center

You may be surprised but many of the inducted bands are still playing together and at an extremely high level. In fact, Cheap Trick’s brand new album Bang, Zoom, Crazy…Hello is getting great reviews. Regardless, there is always the need for rehearsals especially at the 18,000 seat capacity Barclays Center in Brooklyn.

After sweating it out on stage, the artists swooped on down to where we were all hanging out backstage to check out the latest and greatest Klipsch speakers and headphones, including the musician-pleasing R-15PM powered monitors, Klipsch Groove portable Bluetooth speaker and Reference On-Ear headphones. Oh, and many of them were down to share a celebratory Smart Beer and snacks with us.

We shouldn’t be surprised anymore, but it’s still always a treat when famous musicians get excited to hear our name and tell us a story about their first Klipsch speakers, like Steve Miller, when told us all about his love for Klipsch La Scala speakers.

Special shout-out to Rob Thomas of Matchbox Twenty fame, who came by a few times during rehearsals. He’s a lot of fun! 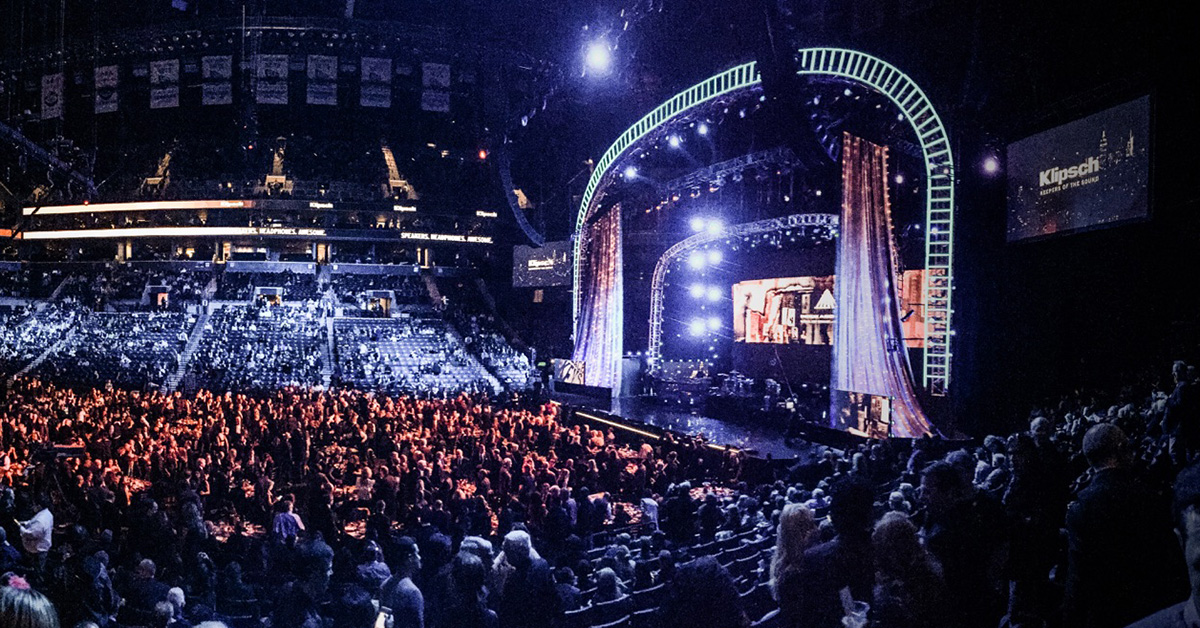 The main event for the week was, as you expect, an awesome show. A sell-out crowd at the Barclays Center was on-hand to celebrate the legendary musicians who shared the stage.

We were happy to show the Klipsch video “Tiny Spark” to the thousands in attendance because, after all, we are celebrating the Hall of Fame musicians, as well as each and every person who has had that tiny spark to create their own piece of musical magic.

There were too many moments to pick an absolute favorite with every inductee (minus N.W.A.) playing some of their most beloved songs. Of course, surprise performances from David Byrnes (accompanied the Roots) and Sheryl Crow (with Grace Potter) also added to the evening’s shine.

We are definitely suckers for the all-star jam band tradition at the end of each Induction Ceremony. All of the artists get on stage and perform together. It may sound like a total cluster, but the nearly overwhelming amount of talent on stage makes it all come together into something truly special. It’s an experience you won’t soon forget.

HBO will air the 2016 Rock and Roll Hall of Fame Induction Ceremony presented by Klipsch Audio on April 30.