In Paul’s words: "My first great love was railroads, but then in 1911 I saw Lincoln Beechy flying in and out of Purdue stadium and I fell in love with airplanes. I didn’t forsake my first love, I just became polygamous."

Apparently Belle was expecting to spend that money on a nicer house. Nan came to work one morning and was surprised to find Paul already there, as he didn't usually come to work early. He looked more scruffy than usual. She remarked, "You look like you have been here all night," to which he replied "I have."

Always the consummate engineer, Paul would calculate the optimum fuel/air mixtures at different temperatures and altitudes. Commercial slide rules were available to assist with these calculations, but apparently they were not good enough for Paul. He made by hand at least 12 slide rules (he called them “Sly Drools”) that were tailored to specific engine models. He also attempted to trade mark his home grown flight log, but was denied by the USPTO.

It is believed that Paul logged over 6000 hours “behind the stick." His trade show itineraries seem to support this.

At tax time PWK would write off his airplanes as business expenses with impunity. During the 1950’s and 1960’s Paul flew around the country virtually every month of the year visiting dealers, attending multiple trade shows per year, and speaking at engineering meetings and Rotary clubs. In the 1950’s Paul would carry along a speaker. Since a Klipschorn wouldn’t fit in the back seat, he designed a Rebel variant to be as big as the Stinson Voyager could accommodate. Standard baggage also included his Berlant tape recorder and his own stereo recordings. This way he could demonstrate stereo at a dealer’s showroom when only a single Klipschorn in mono was available. While there were “esoteric” forms of stereo program available during most of the 50’s, the widely-embraced stereo LP did not debut until 1958.

Paul’s energy would clearly shame most of today’s salesmen. Dealer visits, speaking engagements, and recording sessions (often in the same day) was the regular diet. Eva Belle must have been a trooper as well, since she road shotgun most of the time. We have posted only two examples of his itineraries (here and here), but they clearly mark him as a true “road warrior”.

Note that the miles included in the transcript of his 1956 itinerary are simply Google Map distances between cities, and will be slightly inflated due to flying vs. driving.

View all images in this set here. 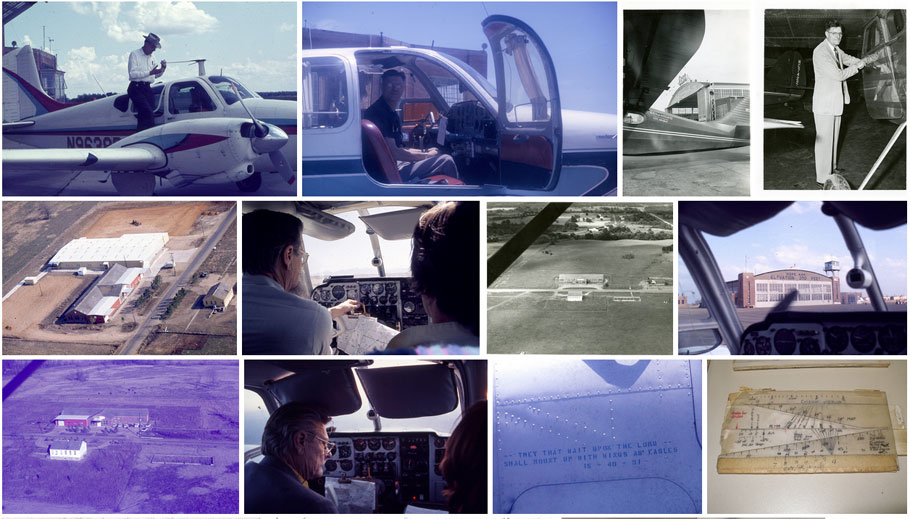